Pakistani Mobile Phone Companies has completed the process of Biometric re-verifications of SIMS on the instructions of Federal Government of Pakistan to overcome the law & order and security threats. The durations spanned over a period of 3 months. The telecom companies were given the target to re-verify the 103 Million Mobile SIMs according to biometric method to stop the any misuse. Now on the expiry of extended time period, Mobile Telecom companies have blocked about 26 Million Mobile SIM connections across the Pakistan.

According to Biometric SIM re-verification procedure, the legitimate SIM owners were required to approach the concerned Mobile Operators, Franchise, retailer or outlet with their SIM card and National Identity Card to re-verify his/her identity by matching his/her fingerprint impressions with NADRA’s data base.

Here are some relevant statistics that shows the SIM re-verification figures as follows:

Overall: Mobile Companies were assigned the re-verification of 103 million Mobile SIM cards in given period.

9.2 million Mobile SIM Cards Blocked as their owners failed to comply with the instruction for re-verification of SIM cards according to biometric method.

Overall, Pakistani Mobile Telecom companies blocked about 26 million Mobile SIM cards. These are general views, as the confirmed and final stats will be available later.

You can get your Blocked Mobile SIM from concerned mobile operator by proving your identity and complying with the procedure. Today, all mobile telecom operators of Pakistan will submit compliance report on Monday.

The re-verification of SIM cards according to biometric procedure resulted in loss of 4.5 million subscribers for Zong Telecom. Ufone Mobile Operator lost 3.86 Mobile SIM cards, while Warid remained at 5th spot in terms of most numbers of SIM blocked with 1.65 million blocked SIMs.

As a user of SIM that is blocked by your respective Mobile Operator, you still has chance to get back your blocked SIM by re-verifying your identity according to biometric procedure. This time, the telecom operator will charge about 50 to 75 rupees as SIM replacement charges and will issue a new SIM after successful re-verification of your identity. You can avail this opportunity within next 180 days or 6 months, as after that period of time, the respective company has right to put the number for re-sale in open market.

The Overseas Pakistani residents have been given by a extended period of 6 months by authorities as they are allowed to use their SIM for next 6 months, however they have to verify their SIMs within given period of 6 months to avoid any inconvenience. 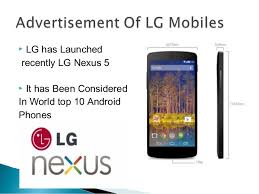